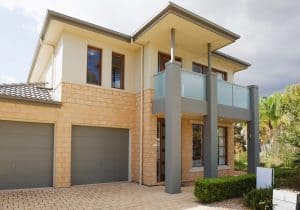 If you’re planning a new build or you’re planning a remodel for your house or you have an existing house that you feel like needs some upgrades, what are the priorities? What should you spend your money on? One of the things that constitute a well built house and things that you will actually both enjoy and benefit from. Now, we’re not talking necessarily about aesthetics today. I’m not talking about countertops or appliances or things like that. I’m talking about what you can see, what’s behind your walls, your systems and the build show.

Today, we’re going to take a deep dive into energy use, comfort, durability and priorities for a well built house. When we think about our houses, our houses are really just an environmental separator, they’re going to separate us in the indoors from the outdoors and what is the outdoors have? It’s got heat and cold. It’s got pollen and mold spores and things in the air that we want to separate from our houses. It’s also got water. We don’t want to get our houses wet. Right. So that environmental separator, those walls and roofs and that outer shell for our house, it’s not something we think about very often, right alongside tips on hiring a general contractor.

But as we’re planning a house, a new build, or we’re planning our remodel, thinking about our envelope is critical to ultimate comfort and durability and longevity and energy efficiency on our houses. Now, when I say the word energy efficiency, people are typically thinking, oh, we’re going to talk about insulation. But in fact, insulation is actually a little bit lower on the priority list than you might initially think.

Now, there’s really four things that a house needs to separate. When we think about separating the indoors from the outside, we’re going to need to separate water right when it rains. We don’t want that rain coming into our house. Or if the water comes up from the ground, if it’s flooding or raining, we’re going to make sure our basements are dry. Right. So water is number one, and that’s really a top priority. Number two is we don’t want air leaking in.

If I left a window open on my house. Twenty four, seven, three, sixty five. I have a really hard time keeping my house comfortable when it’s one hundred and five degrees. We need to control the air flow in our houses. Number three, we need to control vapor flow. Right. If it’s really humid outside, we don’t want that humidity coming in. Conversely, in the wintertime, if you’re in the north and it’s humid in your house, you don’t want that humidity to end up in your walls in the wintertime where it might meet a cold condensing surface.

So vapor control is important. And lastly, thermal control. I want to maintain a temperature in the house. I’m going to insulate my walls to slow down those BTU’s coming from the outside or moving to the outside, whatever the case may be. So there’s really just four things water, air, vapor and thermal.

And we think about our walls. I did a little research trying to think about where it is actually that energy moving as we think about thermal and where am I spending money to condition my indoor environment. I found a couple of info that are pretty interesting now. When we think about energy loss, they’re going to vary depending on the house, right? Every house is very different. In fact, I was looking at some manual jobs that my friends at positive energy have done for me over the years on different houses.

And one cool thing that those guys do is that give me a chart of loss or gain for that specific house in my specific climate. But I want to talk more broadly here. I found a great pie chart online for houses in cold climates and where in the winter time they’re losing their heat, meaning there’s there’s flow of heat from inside this house that’s air conditioned or heated in this case to, let’s say, sixty eight degrees to the outdoors where it could be 10 degrees outside.

Now, these pie charts, you can find them. If you just Google this, they’re going to vary quite a bit. But for the most part, you’re going to find that a huge part of the pie chart. In fact, the biggest part of the pie chart is air leakage. And I’ve seen some that are showing as low as twenty five percent and some that are showing as high as 50 percent. This particular chart is saying that on this house in the north, air leakage accounts for 30 percent of the loss, which means if I’ve got a hundred thousand BTU furnace, thirty thousand BTUs are going straight out my door from air leakage losses.

That’s around windows and doors. That’s around drywall cuts in my ceiling. If that’s my air barrier, that’s all of those places that air is going to leak through our house. The other energy loss in northern houses is their basements. Often basements, which are underground and coupled to the earth are much colder. And so we’re losing heat out of those basements. Another thing we’re losing heat through is windows. Now, if you’re in the north, that’s 20 percent of your heat loss in the wintertime.

That’s a big deal. If you saw my double pane versus triple pane window video not too long ago, that’s really where those pane windows come into effect or maybe even more efficient than that. Windows. Twenty percent of the glass walls and attics.

Twenty five percent. So as we think strictly about just insulation, that’s only really about twenty five percent of your loss in the wintertime. In a cold climate, that’s not a massive number. Now, certainly reducing that will help, but the. Point is, there’s other things we need to do as well, we need to think about our windows, we need to think about our basements, and we really need to get control of our air. Now, if you look at my other videos where I’m talking about everybody in the world says houses need to breathe.

You see that all over the comments. But in fact, no, that it’s not true. We need to breathe. Our houses need to be very, very airtight. Think about our bodies. God designed our bodies as an incredible system. There’s blood pumping through my body. Oxygen is brought in through this dedicated fresh air port called my mouth goes into my lungs. The oxygen filters throughout my body. Is my body designed to have air come in here or here or here or here? You need to think of the things to avoid while remodeling a house.

No. If we have a cut or a tear in those places, bad things happen. Our houses need to be the same way. We have the technology to do this. We do this all the time in our cars. Right? If I was in my truck going down the highway about 70 miles an hour and my windows down just that much, I’m going to notice it right away. My air conditioner is probably not going to keep up if it’s hot outside all those pollens and all those other things that are in the outdoor air going to leak right into my indoor environment.

No, I have my windows up. My car’s a very airtight shell. I can bring in the fresh air through my dedicated air conditioning system. I can send it through a nice big fat filter which happens to be located in my glove box that I change once a year. It’s no big deal.

We need fresh air on our terms, not just when the wind is blowing. And this is interesting. The gains from the ductwork was huge. And that’s because the ducts in this house are outside that conditioned envelope, meaning they’re in the attic. And those ducks typically that are in hot attics that are unconditioned, very little insulation like our six or eight.

And the attics are very hot. So that’s a huge source of additional gains. Internal gains in the south is also a big deal that your TV, your computer, all these things that make heat during the course of the day, ceilings and walls, about thirty percent of the heat load, windows about ten percent and floors about ten percent. Interesting to see where those gains come from. Now, this is going to change, like I said, for every house and every environment.

But what can we learn from this and how can we apply that to building a new house, remodeling a house or even trying to upgrade our current houses? I think what we’re really learning here, what I’m seeing here is that air ceiling is a really, really big deal. Getting our ducks into the air conditioned space, even if you’re in the south, is a big deal, upgrading our windows from standard windows to better windows that can make it really big difference and really focusing on products in our houses that are going to get us a more airtight and closure.

Now, I do a blower test. That’s where I take the front door out. I put this device in this big red box basically with a fan. And I’m pressurizing my house as almost as this, as if I’m blowing up a balloon. If you can picture that balloon blowing up, that’s exactly what a blowtorch test those. And that balloon, which is our house is envelope has all these pinpricks of air.

So then we can heat and cool it properly. We can filter the air properly and we can bring fresh air in on our terms.

Now, insulation is vitally important and putting in the right places is important, right? Only in the last probably two or three or four years have I even seen builders. And then we’re starting to insulate their slabs and their basement or properly insulating their walls on the exterior in the basement. But dealing with those leaks, huge priority dealing. With good insulation and more insulation, the time to do it is when you build new and when you remodel later on down the road, it’s really hard to add insulation once the house has moved on and construction spend the time and the effort to do it right and spend the money on good insulation and thick insulation while you’re actually building the house.

And what that’s going to yield also is a smaller heating and cooling system, older houses, houses that don’t care to think about air sealing and efficiency. They end up putting giant systems into heat and cool those houses when really these houses that are very efficient, like passive houses, like what I’m building, I just need a small engine to heat and cool my house. And that small engine is going to run just a little bit all the time. It’s kind of like having a little four cylinder engine compared to a big V eight or 10 engine, those V 10 engines, tons of power.

They also guzzle the gas, your little four cylinder that just runs a little bit. That’s what we’re looking for. Guys, hopefully this was interesting for you. And you learn something here. This is a little bit of high level. I was talking a little bit of building science and a little bit of theory. If you want more information on this, you can drop Coachella Valley Construction a line and we’ll help you out.

Clients love us due to our specialization in home remodeling, new construction and water damage restoration services in the desert areas..

Our professional representatives are available to assist during the following business hours.